Slave Lake Zinc has developed a significant land holding in the under-explored South Slave Region of the NWT. With the “Collaboration” of the Northwest Territory Métis Nation and the assistance of the other Indigenous groups representing the stake holders of the South Slave, the historic O’Connor Lake Zinc-Lead (critical metals) deposit is well situated for an advanced stage of exploration. O’Connor Lake Zinc, Lead, Critical Metals deposits are ready to be expanded to the next phase of development. Slave Lake Zinc is a company that was set up as a public company, to explore and expand the historic O’Connor Lake Zinc, Lead, deposit first developed and subsequently closed due to poor economics in the early 1950’s. With having negotiated the withdrawal of an additional 18,841 acres surrounding the original grandfathered lease and with the blessing of all levels of government as well as the stake holders of the land, we (Slave Lake Zinc) are ready and prepared to advance this historic mine with modern techniques to fulfill the potential of the withdrawal for the benefit of the stake holders and shareholders of Slave Lake Zinc.

It is designed for the benefit of “both parties” to advance the project area for the benefit of both parties.  It has benefits for economic advancement and first right of refusal for employment opportunities and educational and training advancement for the members of the Northwest Territory Métis Nation first and the people of the South Slave second. We are very pleased so far with these arrangements.

Framework for co-operation in all aspects of the development of O’Connor Lake through to fruition.

The “Collaboration Agreement” is a confidential document. 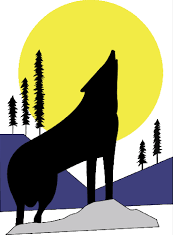 Located in a premier mining district of Northwest Territories Canada 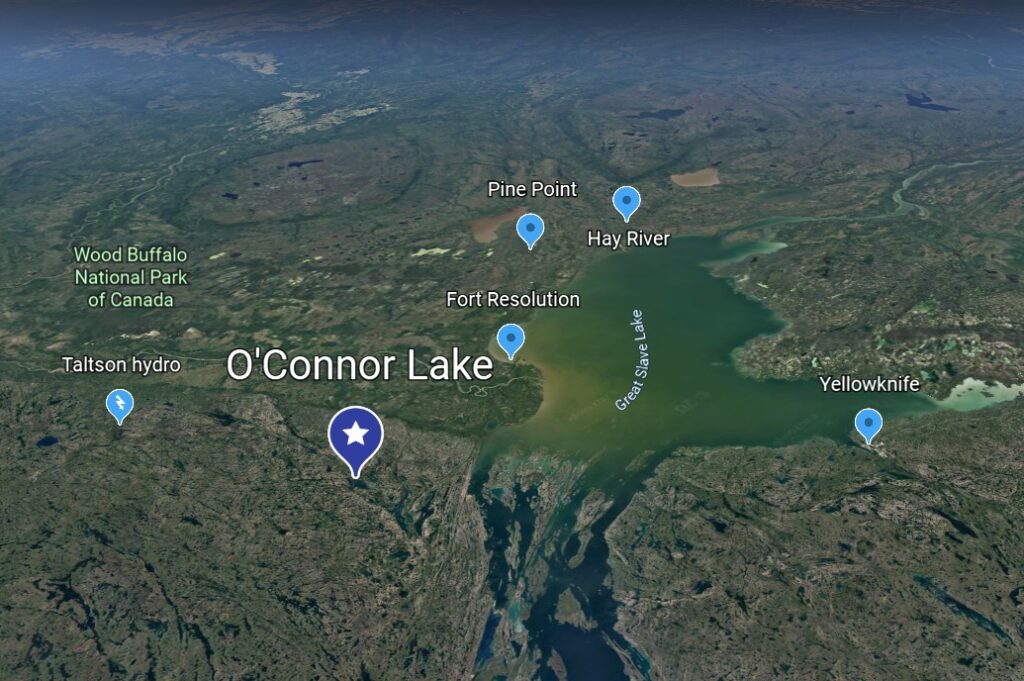 The image that is on this page shows the extent of the 900-line km that Slave Lake Zinc flew with modern geophysics.

The survey covers most of the known historic showings within our area of interest. Many of these quartz veins are several kilometers apart and have non-compliant historic zinc and lead assays as high as those sampled at the head frame area and the MWK#1 vein. Many of the showings also have significant precious metals content, not commonly assayed for in the early days. “If you couldn’t see it, why assay for it?”

This of course will be our first and most important immediate job to cover the area with a crew capable of re-discovering these showings and probably finding many more as the areas between historic showings appear to have never been physically covered.

(It should also be noted that Slave Lake Zinc has a current Water License and a permit for a 49-man camp and drilling.)

Previous
Next
It all Started In

In 1948 prospectors from Yellowknife NWT, following up on earlier leads, discovered high grade lead-zinc -silver -copper showings at O’Connor lake and staked the MWK property. They conducted prospecting and trenching programs on the main zones in 1949 and 12 holes of core drilling in 1950. In 1951 American Yellowknife Gold Mines purchased the claims and started a program of diamond drilling. American constructed a 45-mile winter access road from Rocher River using two D-7 bulldozers in 1952. After drilling an additional 55 core holes the Company moved mining equipment to the site. During 1952 American sank a 3-compartment shaft to a depth of 180 feet (55 meters) and cut a shaft station at the 150-foot level. Lateral development consisted of a 38-meter crosscut and 62 meters of drifting along the mineralization. A test shipment of 35 tons of ore was sent to the CM&S smelter at trail for metallurgical purposes for mill design. The MWK campsite at the time consisted of cookhouse, bunkhouse warehouse, office and a mine managers residence. A total of 30 people were employed at the mine on 1952. Operations were suspended at the end of 1952 to await better metal prices and the future large-scale developments at Pine Point to the west. American removed the mine equipment to place their uranium mine near Yellowknife into production. The company, re-named Rayrock Mines, maintained the MWK claims until the late 1960’s by when the company had moved their operations to Nevada. The property lay idle until acquired by present ownership in 2002. The current owners (Slave Lake Zinc) have conducted programs of prospecting, confirmation trench sampling and geophysical surveys. The company has also surveyed the property and taken the claims to lease, renewable at 21-year intervals.

Sank a 3-compartment shaft to a depth of 55 m and a station cut at 46 m. Lateral development consisted of a 39 m crosscutting and 62 m of drifting along the mineralization.  A test shipment of 35 tons of ore was sent to the CM&S smelter at Trail for metallurgical purposes for mill design.  Operations were suspended at the end of 1952 to await better metal prices 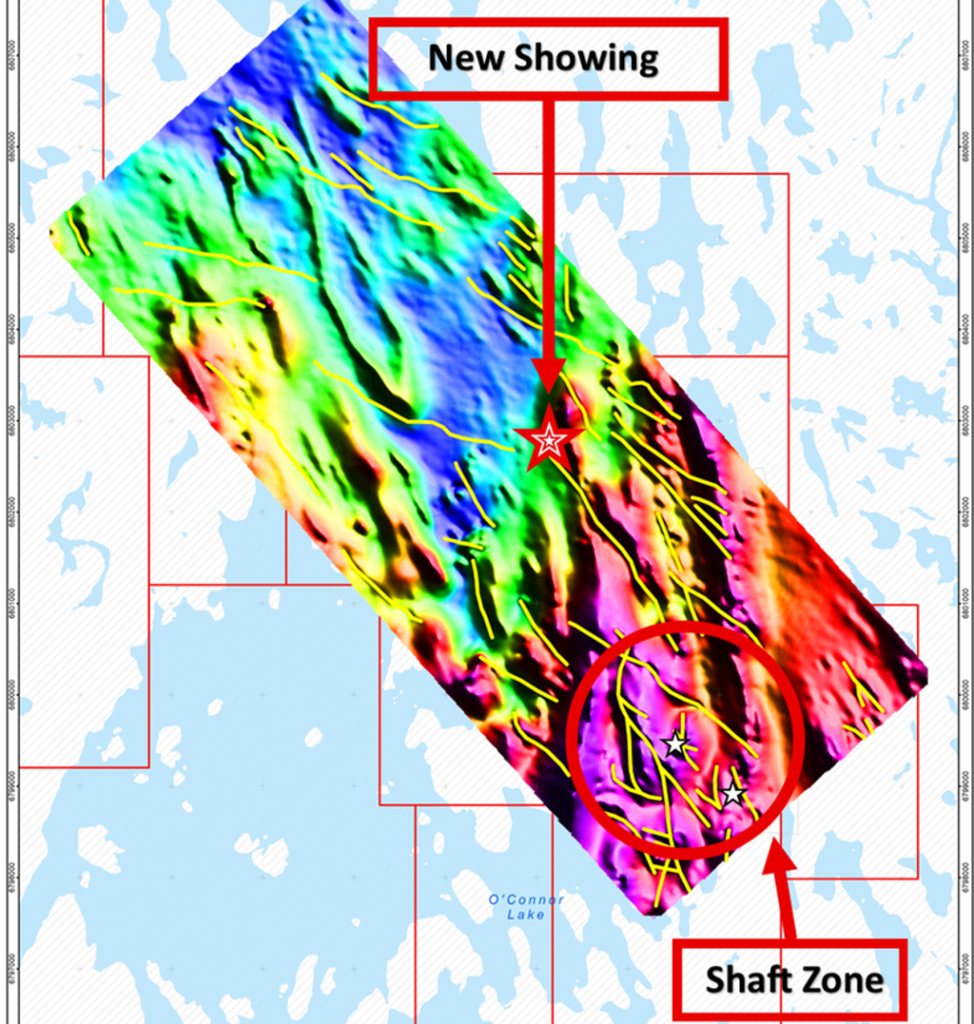 Get all latest news and updates for Slave Lake Zinc